A day out with Tyler

Keith and Cody went with Gpa S and Uncle Stu to a race a couple hours away , knowing it would be cold and such we decided it wouldn't be the best place for Ty. So he was stuck at home with me, we had some tears, but convinced him to stay.

So we headed off for a two-year-old day, the fish hatchery and the park. 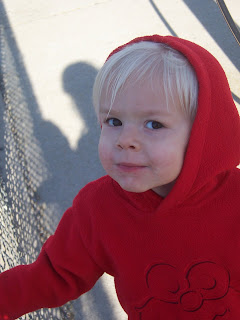 Checking out the water cycling at the end of the tanks. 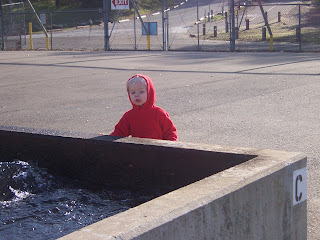 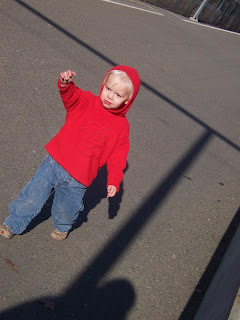 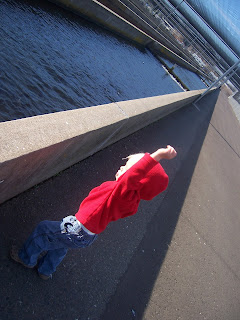 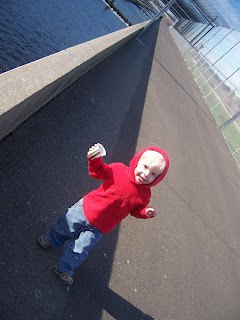 They have a bunch of big salmon that have just come up the ladders and are in the holding tanks for sorting. They're huge! A lot of them have these white, callusy sores as well, we'll have to ask Aunt V what that might be. 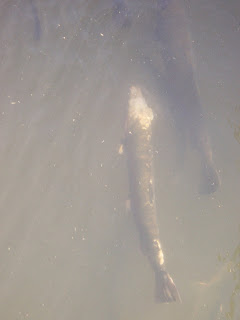 We always have to go play in the big fish.
"I'm going to go let it eat me, mom" 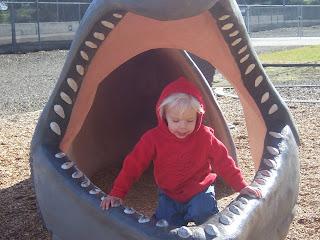 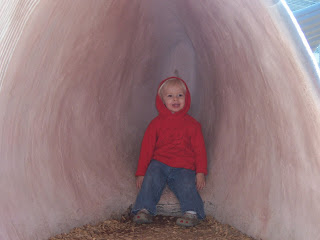 Trying to move the fish... 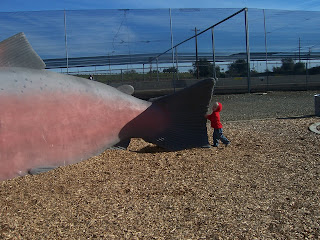 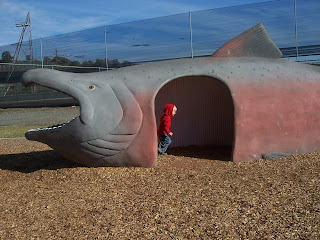 After the hatchery we stopped for lunch, then headed over to the park to eat and play for a while. Not wanting to go home yet, we then trekked over to the mall to walk around some more. We cruised around, found the little play section and stayed there for a while, found the cars to ride on, then shopped for a bit longer. Sears has lots of sales going on so we checked out their shoes, as all we want to wear is our Crocs. So we looked and looked and finally settled on a pair, they have Elmo and Cookie Monster on them and he was in love. I'm not huge on the character shoes, but if he'll wear them, that's all that matters. So after trying them on, and not wanting to take them off, we paid and he wore them out.

Now we are settled into home, he's on the couch watching Bug's Life, and didn't want to take off his new shoes. 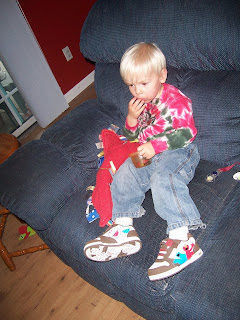 A good day, hopefully we'll have lots of those this week.
Posted by Andrea at 2:39 PM

That first picture is THE BEST!

I can't belive how big he his now! I remeber when he was just baby and would come to the gym!!!