It's a bullet point type of day!

~ I just realized that Cody's Birthday is next Thursday, meaning his party is the following Saturday.  I do have his cake planned out, but should probably buy the rest of my supplies this weekend and at least the goody bags are finished.  Then there's the whole needing to find him a Birthday present.   Gah!  He's gotten expensive.  He needs a new bike, would love an actual basketball hoop and they both want a trampoline.  I would LOVE to buy them all three, but that's just not the case.  If we have it, hoping to get him a new bike for around $60 (aka, Walmart Special) so that we can do the bike shuffle.  And yes, I'm totally ignoring the fact that he's turning 7.  7!

~Tyler is still loving gymnastics.  His little group improves every week and it's fun to see what she has for them each time we go.
He doesn't always remember which foot is his lead foot, so in class she will put a stamp on that foot.  (For things like cartwheels)  We've resorted to a longer lasting solution and made a trip to the store, coming home with these: 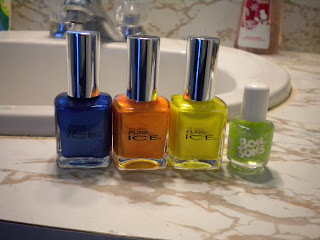 Yes, I bought my son nail polish.  Found "boyish" colors and we paint his right big toe once a week.  Last week it was blue, this week we switched to yellow with green sparkles. 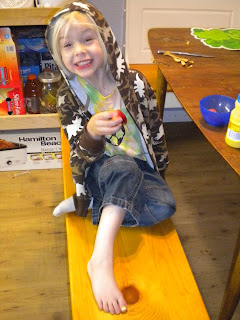 He's a goof and loves his polish!  I love not having to stamp up his feet every time he rolls out his practice mat.  So yes, win-win!

~After a year and half+ of having a broken turn signal switch in the van, we finally found a new one and installed it this week.  It was a weird drive-through accident involving a phone, hands and purse and it snapped right at the column.  We could still us the blinkers, you just had to move the nub of a lever with your fingers clear down on the column.  This also houses the cruise control buttons, so that still worked, but it was intermittent.  The broken handle just dangled down by it's wires.  We tried gluing and taping a few times but finally gave up.
They don't make this lever anymore, so when we think of it, Keith would search around the VW sites to see if one popped up.  Finally it did.  It's brown instead of black, but we weren't going to be picky after waiting so long.
I'm still trying to move the lever at the column, hopefully by next week I'll just start using it correctly every time.

~Now to brag on Cody a bit.  We received a letter from the school district that he has been GATE identified and is eligible to test for the districts rapid learner program.  I knew they were testing back in Jan/Feb, but didn't know when we would find out results.  We are really hoping he makes it into the program so that he's pushed more and to get away from some kids we are not the fondest of.  The test had a lot of math type things on it, which is one of his strong points, as well as puzzle problems.
He has been reading up a storm a good portion of the school year, and is working his way through the Magic Tree House series.  This past week alone he's read 4 of them.  Luckily the local library has had them so we can just keep moving along.  He has a bunch of other books that we've found over the year and Grandma keeps finding new ones as well.  He loves to read, and we are excited it finally clicked!

~Our gym membership went off hold late last week and I've hit it hard since Monday.  I can kinda still walk, although any incline or steps cause painful reminders of all that hard work.  Hoping to settle in over the next few weeks so it's not so bad.
We have a big trip coming up in June and will be doing a lot of hiking and exploring, hopefully a zip line tour and some surfing.  Plus we get to spend on long and fabulous day in Disneyland!  (Do NOT mention this part to the boys!)  SO, I need to get into shape so I can manage the trip without it being a big deal.

~April is hanging over my head with so much busy I want to crawl into a hole.  So if you see me muttering to myself, just know that come May, it will all even back out again.

~That is until the end of July when we start it all up again!  Both boys are playing soccer, and if our plan works out, I'll be assistant coach on both teams, with Cody's awesome coach has the head.  This will mean 4 nights of practice and 2 games on Saturdays.
I'm also heading up special programs for PTA at the boys' schools next year and doing the yearbook.
(Insert flaming head guy here)

~My crafty business is cruising along, not a lot of movement the last few weeks, but I have a ton of stuff to get done.  I'm gearing up for a show on April 9th, hoping to sell a bunch!


I know there's more but that's at least the highlights!
Posted by Andrea at 1:10 PM No comments:

By the end of the week, we may get to find out!

Poor Bun and our poor yard!  With the beginning of spring we have been getting a ton of rain.  So much so that our yard is nothing but pools. 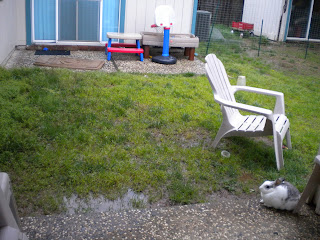 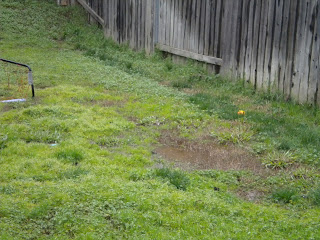 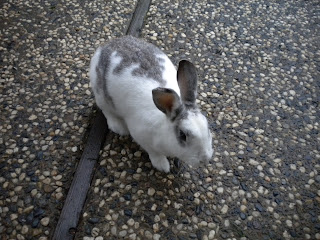 We supposedly still have inches to come, might have to build her a raft....
Posted by Andrea at 4:21 PM No comments:

Cody had his first basketball game today.  He has only had one week of practice and has never really played the game with the actual rules, so we weren't sure what to expect.  His team did great! 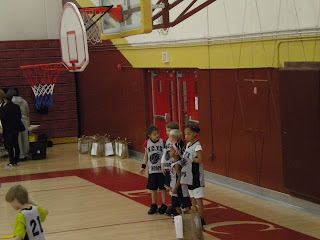 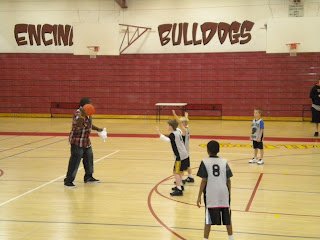 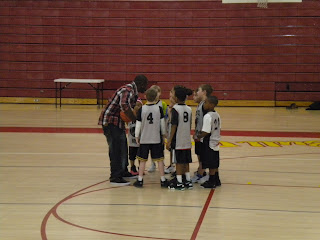 Cody played 2 1/2 quarters; getting ready to go in the first time... 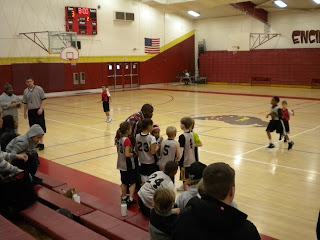 Shot!  He made 2 baskets during the game! 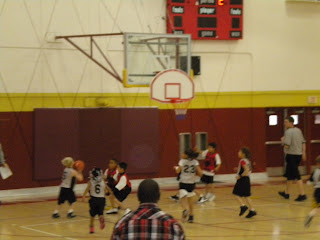 His team won 23-15, way to go!  They still need some work learning the rules of the game, but by the end they were starting to get it. 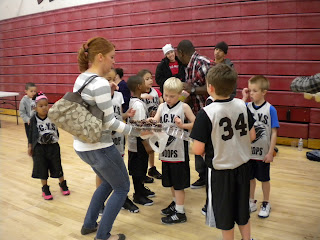 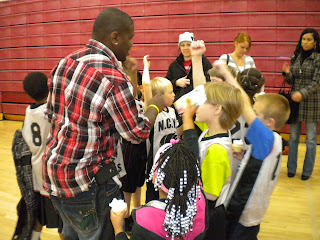 He ended up on a great team, the range from K-3rd grades, (coaches daughter is the youngest) and they all seam to work pretty well together.  His coach has been very patient and works with them all as much as the short hour allows.

Eek! Sorry neglected blog!  I've been meaning to stop by and update from our week's vacation, but just didn't have the time to concentrate on it.


Monday we hung around the house and had a bit of a lazy day.
The boys painted... 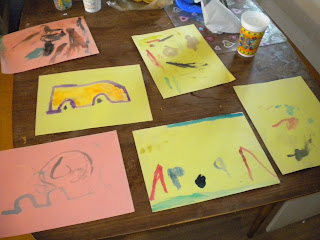 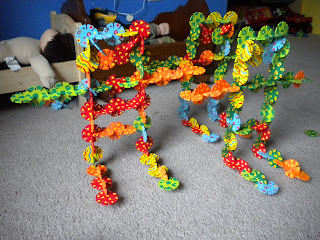 Had some computer time.... 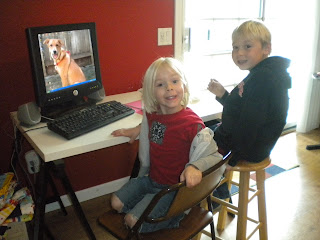 and spent some time outside with Bun and bubbles. 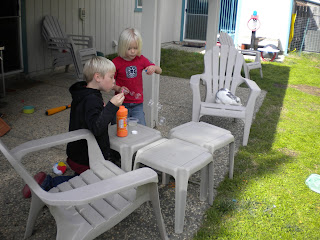 Tuesday we had a play date at Wacky Tacky.  We Love this place! 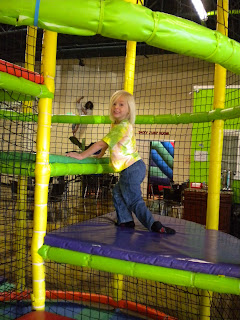 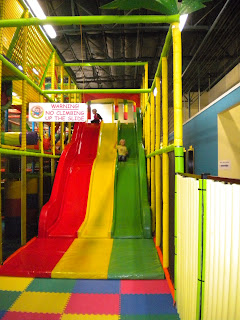 After that we went in for some much need hair cuts.
Wednesday we took advantage of the younger kids session at the skating rink. 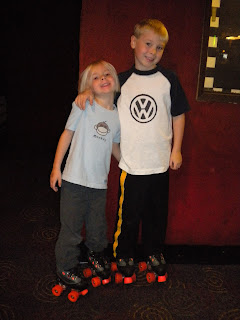 As well as some outdoor time with bun... 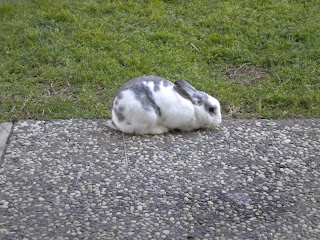 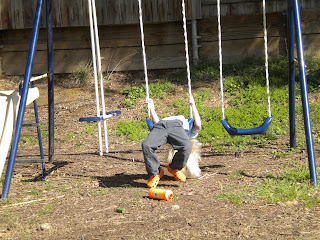 and a good book in the sun. 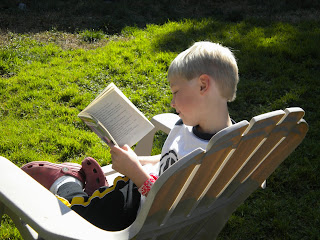 Thursday brought on gymnastics and the start of the bad weather.  So instead of rushing home, we headed out to lunch and stayed to play on their indoor play structure for an hour.
(All the while, I finally had some time to read!)
Friday I had planned to go bowling, but the weather was awful and just didn't feel like going out into it.
But, no worries, we had a make up day on Sunday so Keith could come along as well. 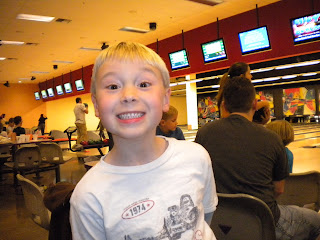 Getting quite good at this whole bowling thing. 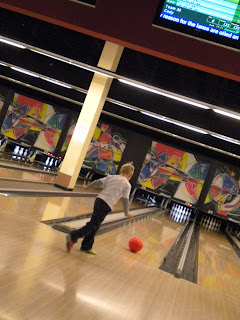 One of a couple attempts at holding the ball with the finger holds.
It went okay, but it's a bit hard for him still. 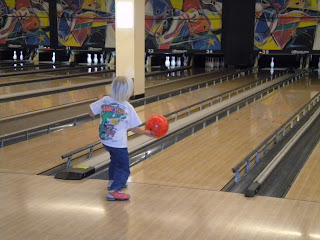 For Christmas  I received a gift that will keep on giving, once a month for the entire year.  The finishing kit and monthly blocks to complete a quilt as part as a local Block of the Month.


Here's a finished top from the quilt store, the quilt is called "Rose Garden" 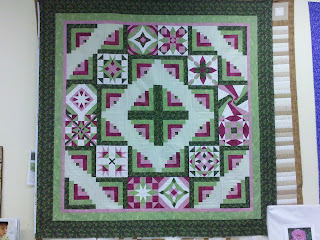 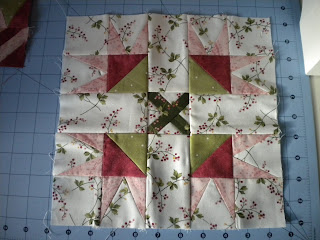 It went together well and even ended up the correct size. 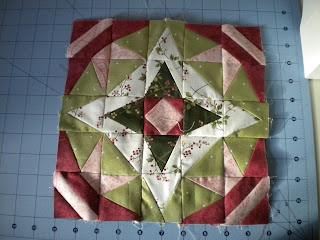 From afar, it probably doesn't look too bad.  Up close, it's a hot mess.  So much so that I'm going to pick up another fabric kit this weekend and do it again.


Can you see the 1st major issue? 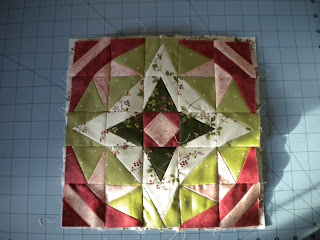 I placed it on top of last months block and there's a nice 1/4 inch all the way around, so it's a 1/2 inch too small on all sides.  Plus a lot of the square just didn't line up, making for breaks in the design.  I wasn't very careful when I started cutting, so I need to do it right.